The Best Kayak for You

I recently read a post talking about new 3D technology that will be used at Disney theme parks. I haven't heard a hint of this in regular news yet. We won't see it in regular news for a while and I am sure that they will not include all of the information and graphics that were on the site because it may be too off putting for people who are not as interested in animation. 3D technology at theme parks and in other large scale venues would have to change. For the reasons related to cost, as well as for Disney to remain competitive. That's one of the reasons why they bought Pixar in the first place.

Disney Digital 3D technology that has been used in movies such as John Carter has changed the face of movies. It makes scenes such as those in animated films like the Borrower Arrietty possible in films that feature real characters.

The Last of Us 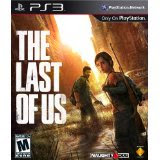